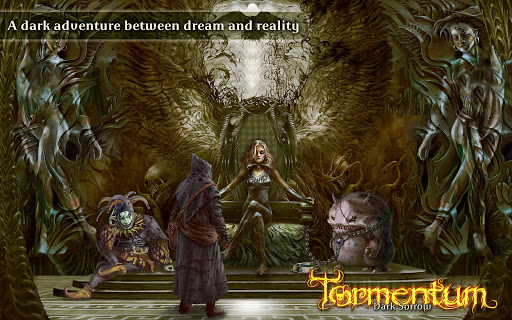 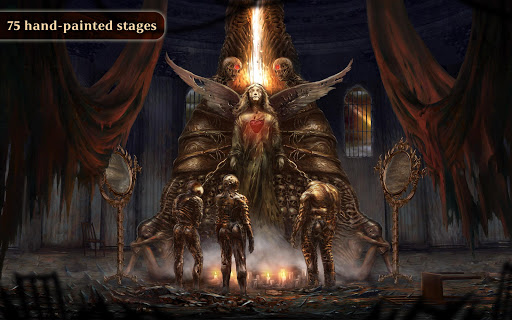 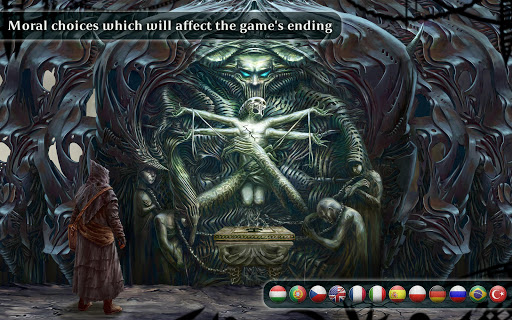 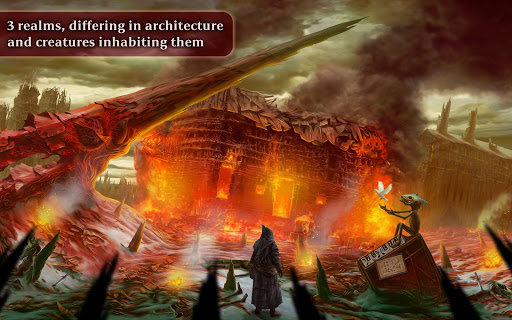 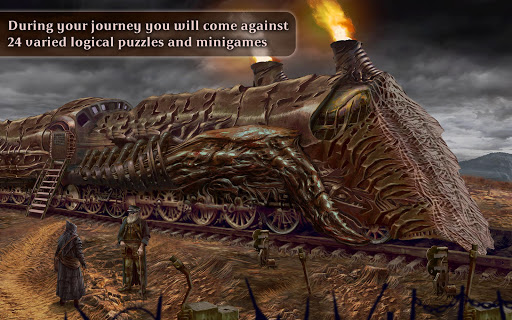 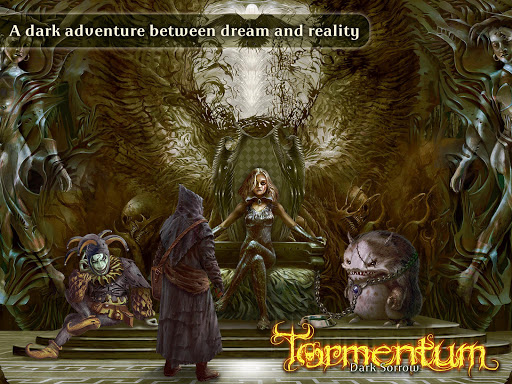 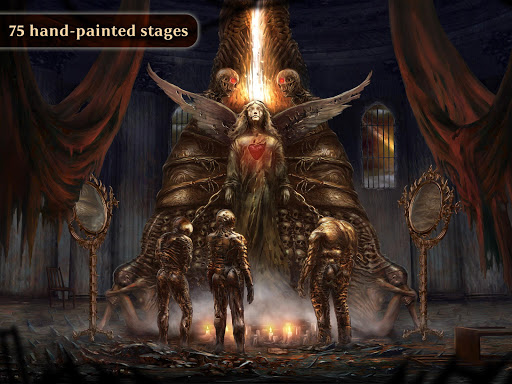 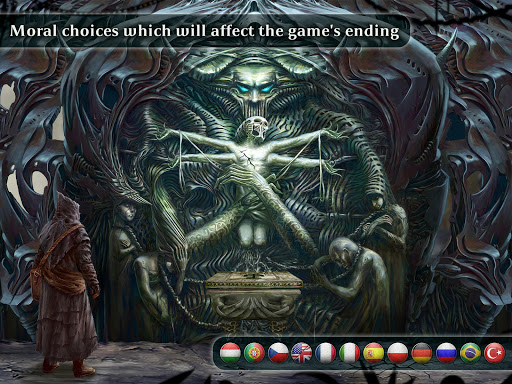 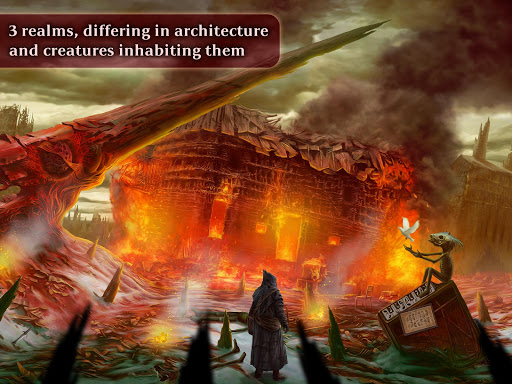 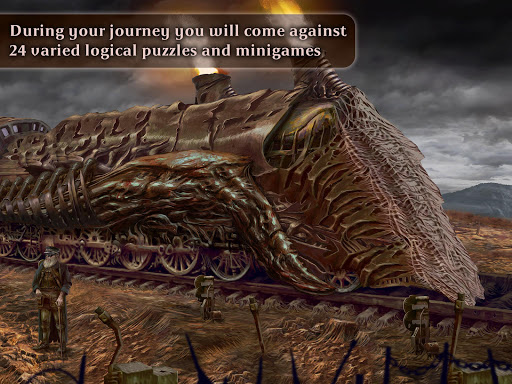 TORMENTUM is a dark fantasy Point and Click adventure game with plenty of puzzles and mini games. Get ready for an adventure unlike any other!
A nameless hero finds himself in a mystery place between fantasy and nightmare. He doesn't remember his name nor where he comes from. Wandering through strange lands, he struggles to discover the truth about the world around him, as well as about himself. Can you escape from this dark world with plenty of devilish puzzles?
The dreamlike, nightmarish atmosphere of the game was inspired by the works of painters H.R. Giger and Zdzisław Beksiński. The game's final look and feel was also strongly influenced by the universes of dark fantasy games such as Souls Series. This unique mixture gave life to a bleak and depressing world.
If you like gory mobile adventures that sit somewhere between a hidden object game, a room escape, and a puzzler, then you're going to enjoy it. – Pocket Gamer
All in all, this is one of the best Point & Click adventure games I've ever played. For fans of the genre or horror games in general, this game won't disappoint. – Game Walkers (9/10)
Every single piece of art is absolutely stunning and the gameplay complements it well. It has a perfect length for what it is and the world stays with you well after you’re finished. Tormentum is one of the most strikingly visual point and click adventure games and the small team at OhNoo Studio should be proud of what they’ve made. – Pixel Related (9/10)
If you want a good point-and-click game with great artwork, an engaging story, this won’t take you long to get your head around, I would definitely say to give Tormentum – Dark Sorrow a go – Voletic
This is simply a gorgeous point & click game, with visuals that create a dark, shadowy world that oppresses you with negative emotion. This is kind of a blend of point & click adventure and those hidden object search games, so the screen is always loaded with intense detail. – Bluray Authority
Key features:
▪ No in-app purchases! No advertisements!
▪ THE GAME WORLD: 3 realms, differing in architecture and creatures inhabiting them. You'll meet characters with unique personalities who will help you - or try to prevent you from - reaching your goal.
▪ ART: 75 hand-painted rooms in a unique dark fantasy setting.
▪ PUZZLES: During your journey you will come against 24 varied logical puzzles and minigames.
▪ STORY: A dark fantasy adventure between dream and reality.
▪ MUSIC: Exceptional soundtrack with over 40 tracks.
Moreover:
▪ Moral choices which will affect the game's ending.
▪ Uncover the secrets of Tormentum - Dark Sorrow. Follow the clues and solve challenging puzzles and mini-games.
▪ 4-6 hours gameplay.
▪ Solve the puzzles and riddles, discover the new rooms, use your skills and do whatever it takes to escape from this dark world.
▪ Dozens of puzzles, clues, and items. Gather tools and items to aid in your escape from dark castle.
• Retro Game, revisit to the classic point and click game
▪ Languages: English, German, French, Spanish, Polish, Russian. Italian, Portuguese, Portuguese-Brazil, Hungarian, Czech, Turkish
▪ This game works in OFFLINE mode without internet
Visit OhNoo Games, a developer, producer, and publisher of point and click, puzzle, adventure, casual, games!
▶ Like us: facebook.com/OhNooStudio
▶ Twitter: @OhNooStudio
▶ Email us: contact@ohnoo.com