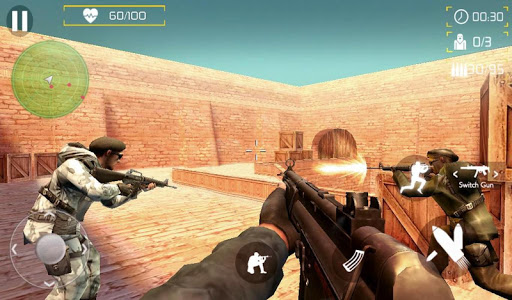 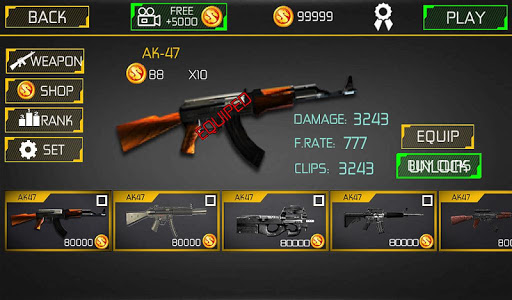 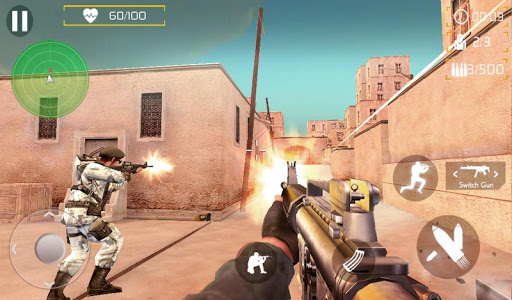 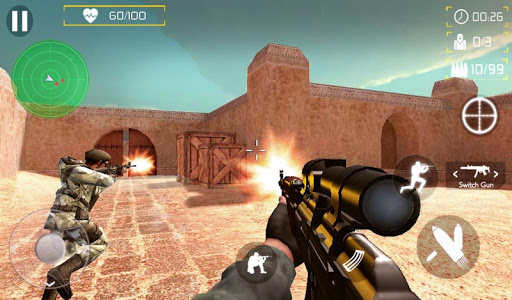 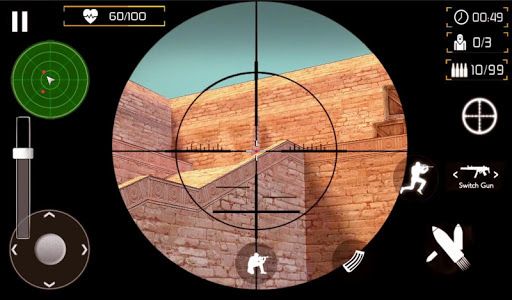 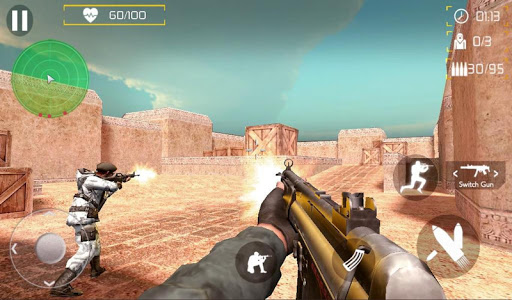 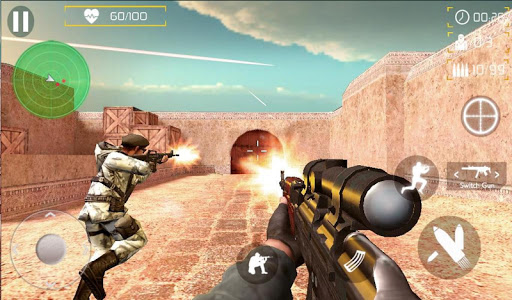 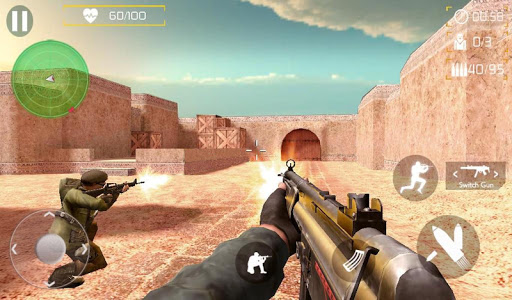 Counter Terrorist SWAT Shoot is a fast-paced FPS, this game will test your ability to respond and tactical skills. In the fight against terrorism, or the destruction of terrorism as the purpose of fighting, to experience the passion of modern terrorist war. Join game with your friends, to contest by leading the scoreboard. Join the competitive combat in the most skill-based portable FPS!
This game is a new, realistic action shooting game.
Game Tip:
- you need to do is to place the crosshair on the enemy,
- You can adjust your game settings in the pause interface.
Game control:
- click the firing button to easily destroy the enemy.
- You can prepare the bullet before the start of the battle, or switch weapons in combat.
Game features:
- Simple and easy to control
- Choice of various task modes
- cool and powerful weapons
- Real and majestic battlefield
- Do not forget your dagger when you do not have a bullet
entered the game, find the phone most striking sniper experience.